Is Dr Koray Erdogan only after your money?

This is a question for people who have been in contact with his clinic ASMED. I contacting them to get a quote, sent photos etc… I was then told that I needed 5000 grafts.
My goal was to get 2500 grafts maximum which I think is more than enough. But based on that they told me they would not be able to help me.

So is the patient not the one who should decide how many grafts will be taken from his head and transplanted ?
Is a doctor right to reject a patient just because he is not going to make as much money with him?
Did that happened to someone else before ?

I find this attitude odd to say the least.
Curious to read your opinions.

Sadly you are not alone, I had the same experience with Asmed. I like their results but the consultation made me feel that they are only after maximising their profits.

When did that happen to you ?
I also felt like they tried very hard to push for as many grafts as possible without considering at all what I wanted. They didn’t care what I asked again and again, only replied ‘you need 5000 grafts’.

So this is just a business like a car repair shop, you are not a patient but a customer. To me it doesn’t sound like a safe place to get surgery, I might be wrong, but I feel like patients care should always come before profits.

@bob_thecat was it Dr. Erdogan himself who told you that you need 5000? Did you have a consult with the doctor himself? Personally I don’t trust these online consultations unless I get to Skype with the doctor and hear it from the horse’s mouth.

Dr Erdogan never replied to any message. I sent photos and I was in communication with 2 different assistants - they said that Dr Erdogan made the evaluation. After that there is no discussion or negotiation: you accept to pay them a minimum of 10,000 euro or they cut the communication very quickly. I asked that they reconsider and ask Dr Erdogan but that didn’t interest them.

Personally I would run as fast as I can away from this clinic, but it sounds like for some reason you don’t want to give up on them just yet.

I have given up 100%. Just trying to understand how it is possible and I am trying to find out if other clinics are the same or more professional.

Being completely objective here, but I read your original question and I think I need to explain how this works.

I can’t count how many times I’ve been in a consultation and the patient says that clinic “x” said 1500 grafts when the clinic I worked for said 3000 grafts and they’d challenge the assessment and even try to have it changed based on their perceptions of what they need. I get it. Most clinics will recommend lower numbers than some other clinics because they either don’t have the staff to do bigger sessions, don’t have the skillset/experience, or don’t think it is even necessary and think that having two or three sessions is normal whereas other clinics think it is fine to “knock it out” in one session.

So, was your assessment made only because of money? I have no idea but i don’t think it’s fair to make that assumption just because their assessment is larger than you wish it to be. Sometimes clinics don’t want to put their name on a final result if they know it won’t meet the patient’s expectations. Remember that there is no single clinic that is the best for everyone so consider this as a learning opportunity and move on to the next clinic that will agree with your wishes but also will explain why they do. Education about what you’re doing is of the utmost importance.

I am not surprised, even some clinics in the US operate like that, short on details during the consultation but good follow up efforts with numerous phone calls and emails asking when do I want to book a session.

Appreciate your response upon the subject but I have to disagree with you big time. You mentioned that docs can refuse to treat a patient at their whim for whatever reason outside of a discriminatory nature. But I believe a doc that refuses a patient MUST provide reasons why he’s doing so otherwise the motives which may be nefariously based on race or gender for example would be obscured to the patient which will render the patient defenseless in court.

You just cant refuse to serve a patron at a restaurant without telling him why.

The number of articles on this subject are plentiful. Elective surgery is “elective” for both parties. 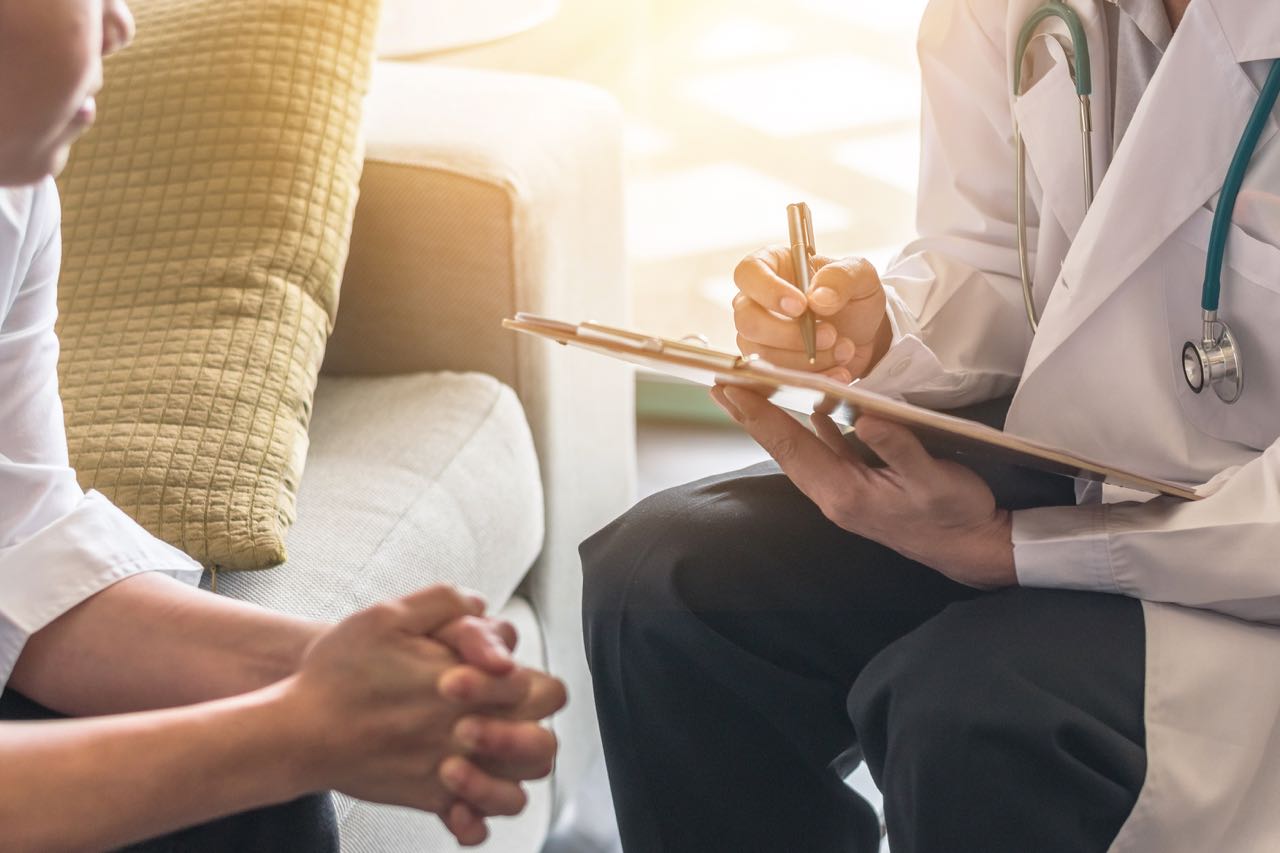 7 Reasons A Plastic Surgeon May Not Operate On You | AEDITION

It’s not uncommon for a provider to refuse to perform a procedure on a patient or suggest an alternative course of treatment. Here, two board certified plastic surgeons explain why.

The answer is that you can refuse to serve someone even if they’re in a protected group, but the refusal can’t be arbitrary and you can’t apply it to just one group of people. To avoid being arbitrary, there must be a reason for refusing service and you must be consistent. 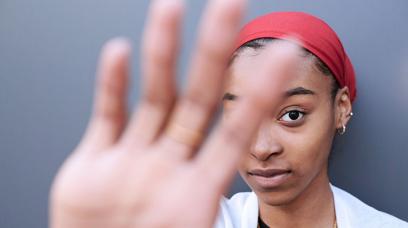 Religious freedom laws have complicated the issue surrounding discrimination and when a business can legally refuse service.

Hi Joe,
Yes I agree a doctor has the right to refuse a client, that is not the issue here.

So he can reject a client in this manner yes, in return potential clients can see how this clinic treat clients and make a decision based on that.

The problem here is that you’re trying to make this about discrimination by equating restaurant service with an elective surgical procedure. It doesn’t work that way and the comparison is disingenuous. The nuts and bolts of this is simple; if a patient wants to achieve a specific goal, they are not in a position to dictate HOW that goal is accomplished. If they don’t like the surgical plan, they should leave as no clinic should be pressured to do what they feel is wrong for the patient. To think otherwise is ludicrous.

What you did is exactly what you should have done as you got what you felt was the right number. Outright refusal to discuss their assessment seems unusual to me but clinics should take the time to explain their approach and why they make the recommendations they make, and then go from there. But if a clinic makes a recommendation and they can justify why, they have no obligation to change their approach if they feel it is best for the patient’s goals.

I’m glad you got what you wanted.

The problem here is that you’re trying to make this about discrimination by equating restaurant service with an elective surgical procedure. It doesn’t work that way and the comparison is disingenuous. The nuts and bolts of this is simple; if a patient wants to achieve a specific goal, they are not in a position to dictate HOW that goal is accomplished. If they don’t like the surgical plan, they should leave as no clinic should be pressured to do what they feel is wrong for the patient. To think otherwise is ludicrous.

Youre not seeing it from the law’s perspective and I have an inclination we’re not talking the same thing. Disagreement over what a patient wants to achieve splintering from what a doc is able to deliver is not the subject matter. Obviously in that regard a doc can flat out refuse service since such is outside his field of expertise. The point is that a clinic cannot deny services to a patient for no reason. For example, if you made an appointment to have surgery with a doc and on the day of surgery he refuses to ever see you again without giving any reasons, that can be construed as a breach of law especially if the doc in this example possesses a skill other docs in his/her industry lack. There are actual cases where docs refused service to certain patients with the end result of the docs being royally sued.

Justice dictates that physicians provide care to all who need it, and it is illegal for a physician to refuse services based on race, ethnicity, gender, religion, or sexual orientation.

No offense Joe but I get the eerie feeling youre more worried about the reputation of the clinic than the needs of the patient which flies in the face of what you said you stand for. Honestly I say this out of respect not malice.

If your inclination is that we’re not talking about the same thing, go back to my original post and go from there. I made the statement, you made the challenge, so you should stay on topic.

No offense but you’ve contradicted what the law covers. You see this as a challenge/ fight for some reason. I see it as clarification, nothing more.

With all due respect to you of course.

It’s not important enough to be considered as either. If you can’t understand what I’m saying, I am not going to try and ram it down your throat.

Justice dictates that physicians provide care to all who need it, and it is illegal for a physician to refuse services based on race, ethnicity, gender, religion, or sexual orientation.

Supreme court ruled in favor of baker who refused to serve same sex couples, why can’t physicians also choose to discriminate based on sexual orientation? 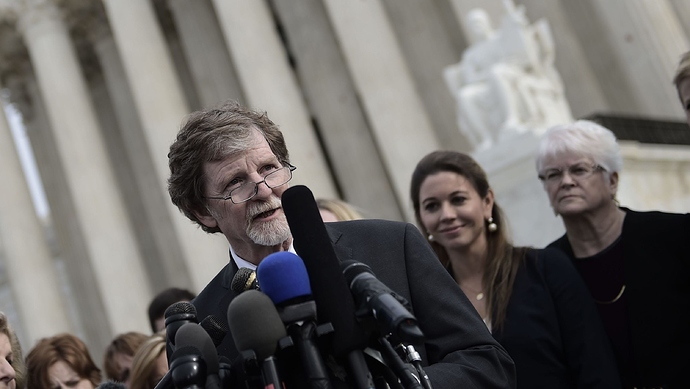 Supreme Court rules on narrow grounds for baker who refused to create...

A divided Supreme Court ruled that a Colorado baker's constitutional rights were violated after he refused to serve a same-sex couple's wedding. The verdict went against a recent series of legal victories for the gay rights community against...