WIRED article on Amplifica, Turn Biotechnologies, and others 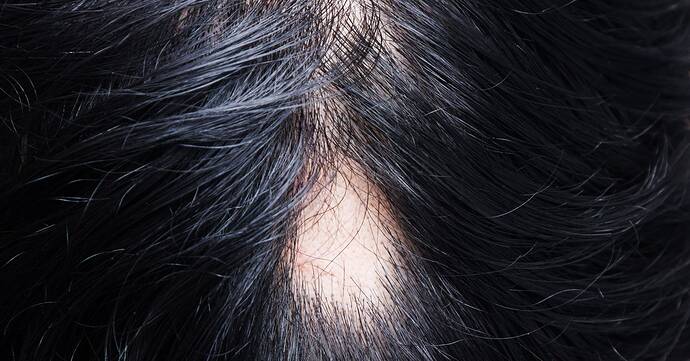 This Follicle-Hacking Drug Could One Day Treat Baldness

Researchers are working on an injectable that could get dormant follicles growing again. Trials on mice show promise.

Treat hair loss both young and older women can be susceptible to hair loss. It is not even uncommon for women to experience temporary hair.

Interesting information on injection depth and dosage of SCUBE3

Good interview with Dr Plikus here. It shows he’s pretty confident about this. 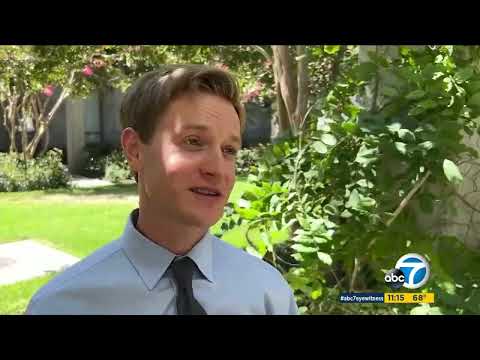 Yes there is no doubt very good video to watch about the biotechnologies .

i had already posted this video in the other thread btw.

This is something to get excited about…They are already talking clinical trials…
Our team is acutely focused on advancing Amplifica’s clinical development program for its lead product candidates AMP-303 and AMP-506 with the expectation to initiate our first clinical program in fiscal year 2023.” I am assuming human trials.

I wonder if and when we will find out some information on AMP-303/506.

But it really goes to show that investors are placing confidence in these findings. Can’t wait for this to go to clinical trials in 2023, even though fiscal year could mean end of 2023. Let’s hope they can get started earlier than that.

@roger_that what is your opinion as to why they dont just go forward with testing scube3 but rather are creating new candidate substances? Do you think it is due to scube3’s link to cancer (in some circumstances)

That’s a good question, could be a few reasons:

First, SCUBE3 is a gigantic molecule. It passes the 500 Dalton rule which means it can’t be absorbed through the skin, so you can’t make a topical out of it. Also being so large and complicated it’s probably a b*tch to synthesize, and extremely costly which means the cost to the consumer would be very high. I see it’s selling at around $450 per bottle or something now? Although, they’re saying it would only have to get it injected like 2 times/year so at least it doesn’t have to be applied daily like Minoxidil.

Second, yes maybe part of the reason is the concern about side-effects and possible cancer. I don’t want to speculate too much about this but I believe that although it plays a role in some cancers (like breast cancer etc.) the role is very complex and tissue specific. I think the role is more like, when they analyze cancer initiator and promoter genes, pathways etc. they find it is involved, but that doesn’t mean it’s the thing causing the cancer, it’s just one of many molecules involved in the pathway.

Now with computer assisted drug design you just analyze the active site of an enzyme or large signaling molecule, and it’s possible (but not guaranteed) you can design something smaller, cheaper, and safer, that has the same effect.

Thanks. All of those are all great points.

One thing i really like about this discovery is that unlike some fluke chance discovery like Minoxidil, this actually is backed by computer simulations and theory, meaning the mechanisms and pathways are understood and can he optimized and precisely targeted.

I honestly have never felt this optimistic about an actual cure before. Fingers crossed this doesn’t fade out again like many things in the past.

@hairman2 I hope you’re right. But I do have a few questions and concerns:

It will be interesting to see the research that is currently under review which they have announced will be disclosed shortly.

I thought about this and I see some bad news and some good news about SCUBE3.

First, the bad news. I think no safety and efficacy trials will ever be done on SCUBE3. Not in the US, at least.
That’s because it’s a naturally occurring protein in the body and can’t be patented. Since no one can own intellectual property rights to SCUBE3, no investors will put any money into trials. Anyone can just have it synthesized and no one can stop a competitor from making it or selling it. That means that no investors will put up the money for clinical trials of any kind for SCUBE3.

That explains why Amplifica is pursuing other compounds. These are custom designed drugs which would be the property if Amplifica. They would own the patent. It’s probable that these other compounds are based on SCUBE3. Maybe they’re some kind of simplified versions like smaller compounds with the same or similar mechanism of action. But I think it’s too early to be very optimistic about these other compounds. Even if they work, they’ll have to go through years of clinical trials.

But maybe there’s some good news here: Even though I think we won’t see clinical trials for SCUBE3 itself, based on what I said above, that doesn’t mean that there won’t be people making it and selling it. It won’t prevent people from trying it. The problem is it will probably be very difficult to inject this properly into yourself. First of all you need a microinjector device. Then you need to do the injections right (depth, angle, spacing, etc.)

As for whether doctors will be able to inject it into patients, I think we’ll see clinics abroad that will do this first.

But now with the recent court decision approving doctors injecting stem cells from adipose tissue into the same patients, I think the situation here is analogous and so we MIGHT see this happen with SCUBE3!

messed up as it may be that is a very good point that SCUBE3 most likely is not patentable, and therefor no one would be willing to finance expensive clinical trials.

I am surprised that we haven’t already seen all too many attempts of people messing around with SCUBE3 in self experimentation. I think its probably only a matter of time until someone with easy access to the substance and enough ingenuity comes up with a way to administer it. I mean certainly there are enough people willing to dish out tons of money to get their hair back, so the financial incentive should certainly be there.

Also, I’m sure this is not the first compound in history that needs to be administered in such a way. I would be surprised if there arent available micro-needling devices that already are capable of doing what one would need to administer SCUBE3.

I would give it a shot if I only knew the correct injection device, depth, spacing and pure Scube3. I think in mice they say one injection covered a fifty cent coin area.

so according to an article on https://www.hairlosscure2020.com/ Dr. William Rassman has partnered with Dr. Maksim Plikus to create the Amplifica company which is developing a hair loss solution based on the findings of SCUBE3. They want to commence clinical trials “some time in the 2023 fiscal year”.

Dr. Rassman is on reddit and has acknowledged this and has said that the findings are based on molecules which were found in hairy moles.

Further he claims that the idea is to create a cream which one would apply a few times per year.

here is an interesting AMA with Dr. Rassman on reddit.

I wonder when he talks about a topical cream, does he mean with SCUBE3? The molecule is over 900 amino acids, which makes it well over the 500 Dalton limit for skin (transdermal) absorption. One Dalton is the molecular weight of one carbon-12 nucleus and there are many more than 500 carbon nuclei in SCUBE3 (each amino acid has at least 1).

Or does he mean some smaller molecules Amplifica is developing?

Or does he mean some sketchy topical “cosmetic” they’re planning to develop to get around clinical trials just to sell and make money to help fund later clinical trials of a serious designer drug?

The last option is the one that really worries me because it’s not a solution to anything. Reminds me of the cosmetic lotion Dr Tsuji said he would start selling after his company failed.

Actually you are right, the posts from Dr Rassman pre-date the publication of the SCUBE3 discovery (some are 2 years old). So perhaps he is referring to some other product?

Also he speaks of screening hundreds of compounds found in hairy moles to determine which one of them is responsible for the hair growth inducing properties. This doesnt match up with what I read about SCUBE3. So perhaps all of this is not related to SCUBE3.