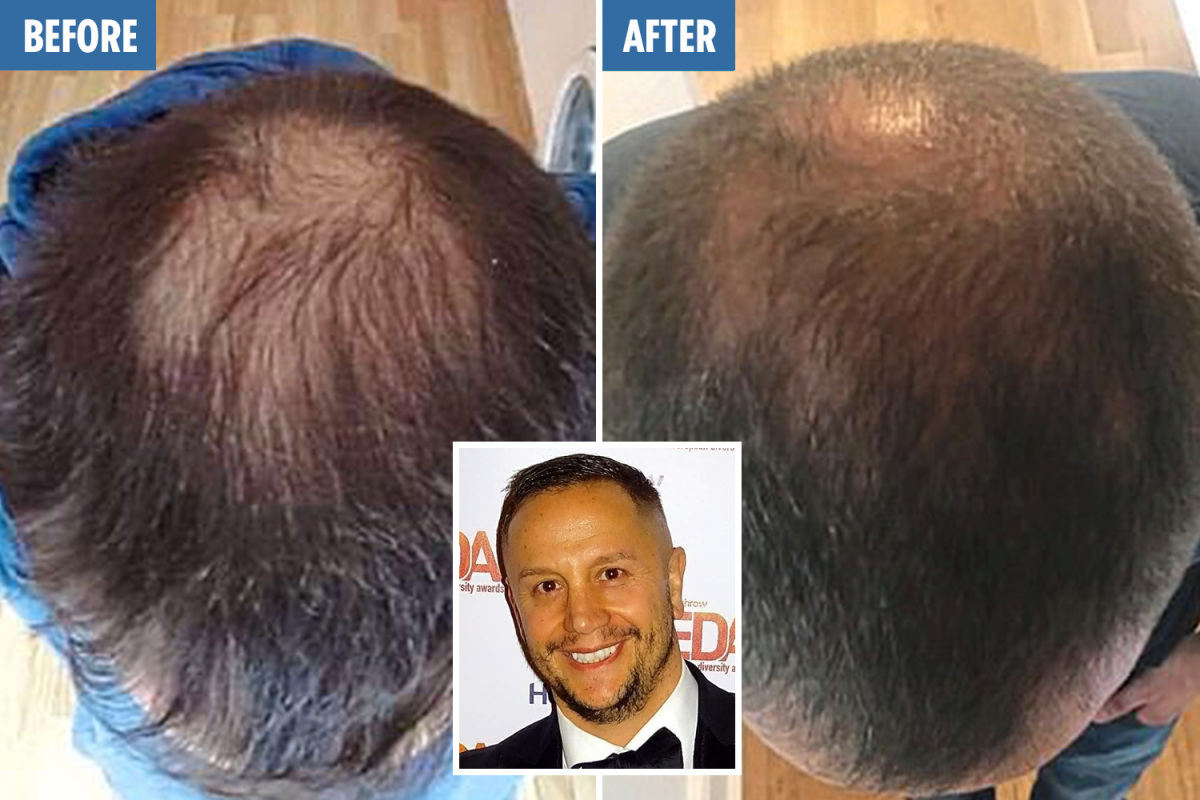 Baldness could be cured with a £2,000 treatment that REVERSES hair loss,...

This would be a massive break through, if true. I don’t believe it.

Even if the results look good it wont reverse baldness 100%

If they happened to be involved in this “shark tank” style presentation (promo only in video above) I’d love to get hold of the video (Dr Woods?).

Except for the supposed Japanese treatment that will grow new hair follicles, no one has ever been able to grow new follicles from stem cells or anything else. I hope this is not another scam designed to separate hopeful, balding men from their cash.

It’s not too bad. It’s average but visible improvement. But I have couple of issues with this.

b) 2000 £ for the fact that you’ve just depleted your pool of healthy cells, I think it’s too much.

I would prefer HairClone protocol that requires one biopsy and therefore in theory no limit for coverage.

Except for the supposed Japanese treatment that will grow new hair follicles, no one has ever been able to grow new follicles from stem cells or anything else.

Actually from what i’ve read the japanese are indeed using stem cells to grow and multiply follicles.

The problem with this treatment is that they aren’t multiplying the cells.

OTOH the reason they can bring this treatment to market is also because they aren’t multiplying the cells. If they multiplied cells (using techniques that would preserve inductivity during culture) they wouldn’t be able to re-inject the multiplied cells back into the scalp unless they take the treatment through clinical trials first.

I’d be very careful about this treatment, guys. You’re going to be using the healthy cells you have so you may not have enough to use later when cell therapies for hair loss come to market that include items that preserve inductivity.

I think that the best thing about this treatment is that it proves that harvested cells that aren’t cultured retain their inductivity and they can grow hair.

The problem with this treatment is that they aren’t multiplying the cells.

What treatment are you referring to, since Japan is multiplying cells.

@jarjarbinx all really good points and I agree.

Roger I’ve got some interesting (and good) news for you. Do you remember how we used to discuss how injected hair cells would find their way into the follicles? And it was a big deal to me that if the injected cells can’t get into the follicles then they can’t turn into hairs.

Wheres the source of this article?

I can’t find it but I know it’s out there because I read it.

Here’s one article that seems to suggest it even though it doesn’t come right out and say it.

But there is an article somewhere out there on the internet that comes right out and says it and that article involves Jahoda. Good luck finding it.

Don’t know what to make about that, either Dr Jahoda is only answering part of your question or he’s only referring to his own research.

There have always been TWO SEPARATE means by which the HM researchers hoped to induce hair by injection:

It sounds like Dr Jahoda is referring only to number 2. He’s completely forgetting about number 1, or sidestepping that in his answer.

But we shouldn’t sidestep that, because that was a legitimate theory put forth by many researchers, including Intercytex, which publicly said that they didn’t know for sure how they were growing hair, but it could be one or the other or a combination of both methods.

Well, it turned out that they didn’t grow much hair because they were using poorly inductive cells, but the two modalities above still stand as possibilities. As far as I’m concerned, both are still theoretically possible (but both are much more difficult than many researchers initially predicted)…

In order to do #1, by definition, you absolutely have to get the injected cells to somehow approach and merge with, or stick to, the existing miniaturized follicles.

What Dr J is describing (which is number 2 above) indeed may be the more likely or more achievable scenario, given what he knows now… But it was not always considered the only scenario.

Injected hair cells (with preserved inductivity) is looking better and better as I read more and more about it. I wish some research group would hurry up and try it. J. Hewitt is teasing us with plans to start a trial soon. If J. Hewitt gets the trial moving along they will be using the TissUse technology. What do you think about that?

So, the 2 approaches to HM by injection I mentioned above are no longer state-of-the-art technology, as we know.

The 3rd approach is HM by building new follicles outside of the body (in vitro). This is the approach being taken by Dr Tsuji and Riken, as well as some others we’ve discussed here. Even Dr Christiano is working on something like this (while she’s simultaneously working on JAK inhibitors, a separate line of research using a drug).

It sounds like Dr Jahoda is still intent on growing hair with cell injections?

At this point, I’m much more interested in building new follicles (or follicle progenitors) in the lab, which will then be implanted into the scalp, and I’m not much interested in the old idea of injecting cells into the scalp, which hasn’t shown any tangible success despite being worked on for almost 20 years. I don’t have much faith in the strategy of increasing these cells’ inductivity, either. I think it is only feasible to do this up to a point, and not a very effective point.