I have a feeling there is something he is not making public, specifically is he, or isn’t he, technically ready for human clinical trials? If the Japanese government said he could start trials next week, is his technology even ready, or is there more research that needs to be done?

Is the $4.8M he says he needs ONLY to prepare the application for trials, or does it cover actually conducting the trials from start to finish? Or just a part of the trials?

This is the option I really suspect - is that money needed for Dr Tsuji to continue the basic laboratory research he needs to do before his tech is ready for trials? And maybe, to devise a solution to the direction issue? If he hasn’t solved this yet, I predict that will add a lot more time to our wait for him to start human clinical trials. Like 2 more years at least, in addition to the estimated 3-5 years we can already expect, in my view. It puts him at a huge disadvantage compared to a company like Stemson.

Youtube vlogger Hairliciously will be interviewing Dr Tsuji soon with a set of prepared questions he has submitted to Dr Tsuji in advance. His list of questions includes a question about the “direction issue”, but he does not specifically ask Dr Tsuji if his procedure is ready NOW for clinical trials, or if additional research (into anything) has to be done.

I totally agree. He ain’t telling the whole story!

Now there’s this from Dr Tsuji. Even Hairliciously is criticizing him now. 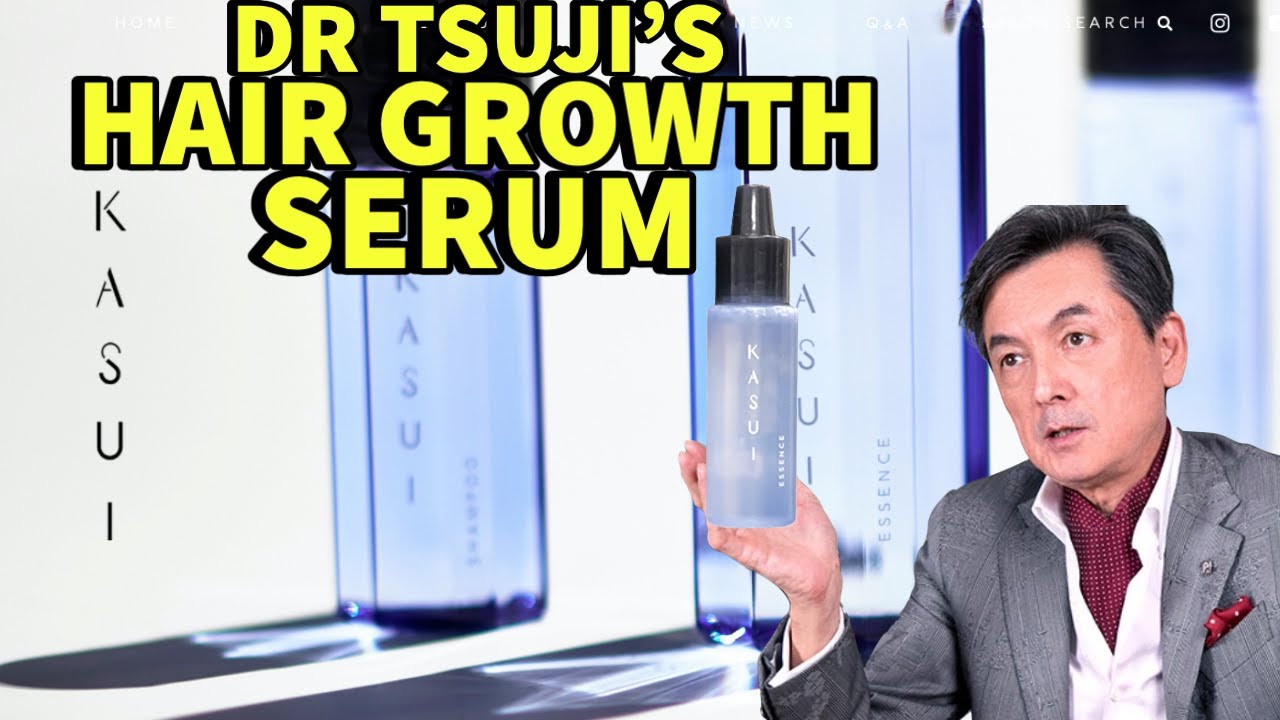 I like hairliculously. He’s well-spoken and delivers info fast. But he isn’t perfect. In this video he says that minoxidil is a hair growth stimulator rather than an anti-androgen. I don’t think that has been irrefutably proven. I do know that I have a VERY slight touch of gynecomastia and I don’t use minoxidil because when I do the gynecomastia worsens. I’ve read numerous articles that indicate minoxidil does have anti-androgenic effects. Here’s one of those articles - 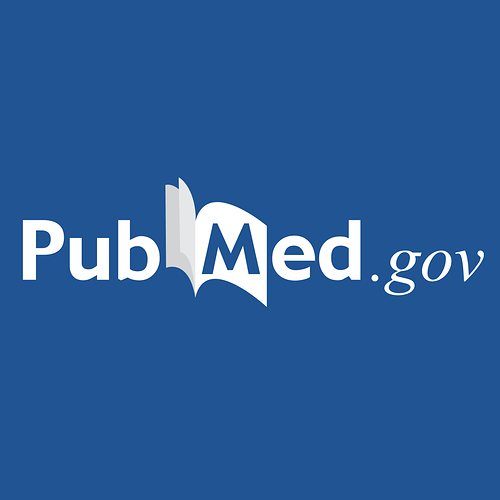 Minoxidil Acts as an Antiandrogen: A Study of 5α-reductase Type 2 Gene...

Although more than three decades have passed since the first use of minoxidil in androgenetic alopecia (AGA), its mechanisms of action have still not been comprehensively understood. 5α-reductase (5α-R) has an active role as the predominant enzyme in...

That having been said, I also think there’s some issue with Tsuji’s tech. I even recently posted that I think he may not have solved the inductivity problem yet. It could be a direction instead or it could even be both. I hope he gets his $5 million so he can do his human study and we can see where things are at with his tech. I had planned to post a few days ago that I think Stemson is now the hair loss research leader because in Stemson’s case we know they have solved both the directional problem and the inductivity problem. And Stemson could push Tsuji to get into human studies, which would be very exciting.

Good point and correct. In addition to its hair growth and vasodilation effects, minoxidil has a slight anti-androgenic effect.

If Dr. Tsuji’s peptide formula works, it would be something people would want to use after a transplant to maximize yield. I hope he finds an investor and is able to deliver the holy grail.

All this reminds me of Dr. Gho.

After perusing the recent study by Tsuji it looks to me like it is possible that his recent study mostly involving mouse fur cells and whisker cells to create cyclical hairs may also apply to human hair cells.

Yes, the study was done mostly on mice but the relevant cells driving cycling in mouse fur and mouse whiskers are also in human hair follicles and the mouse version and human version appear to be the exact same that means that whatever effect the . Since those same cells that drive cycling in mouse fur and whiskers are found in human hair follicles it does seem like using the same medium for culture of human hair cells could also improve human hair cycling in a lab. Now I admit that this does not mean that this method would improve hair inductivity when culturing human hair cells but it does seem to open a door to potential improvement of hair inductivity when culturing human studies

This study is complicated…very complicated. I could not understand half of the terms and labels (of the cells for example) so that means i didn’t really understand a lot of the words in the study. But I did understand that the relevant cells in mouse that allowed for multiple cycles are also found in human scalps. If those cells are the same in humans as they are in mice then it does seem possible that they would react the same way in humans as they do in mouse fur and whiskers. As a matter of fact, based on the fact that the relevant mouse cells are also in human hair follicles I don’t see how using the same medium wouldn’t produce similar results.

Roger, have you read the article?

Here are some interesting quotes -

“In this study, we unveiled a novel cell population expressing CD34/CD49f/Itgβ5 that contributes to long-term cyclical HF regeneration in a hair reconstitution assay by establishing multiple culture conditions that enable us to expand and control the differentiation status of HFSCs. Itgβ5+ cells are located in the upper most region of the bulge area, which is surrounded by tenascin-C and/or tenascin-N, in mouse vibrissa and pelage HFs as well as in human scalp HFs. These findings significantly advance our understanding of the mechanisms underlying the regulation of HFSCs and shed right on the possible presence of functional heterogeneity in the HFSC population, which expresses the same stem cell markers. Moreover, our findings will contribute to the goal of HF regenerative medicine.”

“Past studies demonstrated that mammalian HFs are maintained by a heterogeneous population of fate-restricted HFSCs and their niches10,11,12. Moreover, recent single-cell analysis revealed the presence of a heterogeneous population even among cells expressing the same stem cell marker, such as CD3414. However, this functional heterogeneity is not fully understood. In the natural HF in both mouse and human, Itgβ5+ cells are found in the upper most area of the bulge. Past studies using lineage-tracing approaches showed that a subset of stem cells expressing K15 or Lgr6 can migrate either downwards towards the progeny committed to the lower HF or upwards towards the sebaceous gland31,32. In this study, we found that CD34+/CD49f+/Itgβ5+ cells have the ability to induce cyclical hair regeneration in a hair reconstitution assay, indicating the presence of functional heterogeneity among cultured CD34+/CD49f+ cells. Based on these facts and our data, we speculate that Itgβ5+ cells found in the upper part of native HFs directly or indirectly play an important role in long-term cyclical hair regeneration.”

“Adult stem cells are maintained by both intrinsic and extrinsic mechanisms via specialized niches. In the bulge region in the vibrissa or pelage HF of mice, specialized ECM proteins, such as COL17A1 (a known essential mediator for the self-renewal and maintenance of HFSCs), are expressed24. In this study, we observed TN-C expression in the bulge region of mouse vibrissa as previously reported30. Moreover, we found that TN-C and/or TN-N are also expressed in the human scalp HF and mouse pelage HF. All tenascins share the same molecular architecture, such as an EGF-like domain33. Given that the polymerized TN-C domain is incapable of inducing EGF activation34, tenascin may keep Itgβ5+ HFSCs in a quiescent state by inhibiting EGF-mediated signaling. This finding may be consistent with our results in culture experiments showing that EGF is required for the expansion of CD34+/CD49f+/Itgβ5+ HFSCs, which are required for sustainable hair regeneration in hair reconstitution assays.”

“In mammals, organogenesis occurs only during embryonic development except in very restricted organs, including HFs. Although numerous pioneering studies have demonstrated the potential of induced pluripotent stem cells (iPSCs) and adult tissue stem cells to partially mimic the structure and function of their original organs, full functional regeneration of the entire organ was achieved only in HFs1,2,3,4,5,6. Therefore, HF regeneration could be a promising method for organ regenerative medicine. In past decades, much effort has been devoted to establishing a method to expand HFSCs while maintaining their organ-inductive ability Recently, Chacón-Martínez and colleagues established a culture method to maintain the regenerative capacity even after 15 passages. In the present study, we found the condition to increase HFSC populations approximately 200-fold, which is much improved from previous studies. Moreover, the expression of Itgβ5 in addition to CD34/CD49f could be a good marker to evaluate the ability of cultured HFSCs to cyclically induce hair regeneration. Findings from Chacón-Martínez and colleagues as well as from our research group will significantly advance the technological development of HF regenerative therapy.”

It’s hard to tell whether this line of cells will definitely lead to better induction or cycling in humans. As we know there is not a perfect correlation between genetic markers and functions in mice as compared with humans. Some differences are only slight, some are major.

This sentence from the last paragraph of what you posted doesn’t look too certain, though -

Moreover, the expression of Itgβ5 in addition to CD34/CD49f could be a good marker to evaluate the ability of cultured HFSCs to cyclically induce hair regeneration.

Tsuji and the other researchers are not saying they’re certain the markers will lead to the ability of cultured HFSCs to cyclically induce hair regeneration. They’re saying it “could be a good marker to evaluate” it. So the research findings still seem up in the air, at least to me.

I don’t want to be cynical here, but it seems like, with this research using only mouse cells, this study may have been rushed out to help attract investors, because they’re in a less secure position after one of their partners, Organ Technologies, went bankrupt.

I can tell you this, if that situation happened in the US, where one partner left a corporate partnership to develop a new and potentially valuable, commercially marketable technology, there would be a slew of lawsuits after those events. If Dr Tsuji or anyone else were made to rely on promises given by Organ Technologies, he would be suing the former owners of OT. If on the other hand, OT wants to blame its bankruptcy partially on Dr Tsuji because his research is taking a long time and he didn’t make good on promises he gave them, then they’d sue him. In the US this would end up in a tangle of lawsuits and counter-suits. This happens sometimes in Japan, too - as with Shiseido suing its partner Replicel over failure to deliver clinical trials results in the allotted time.

So, who knows, is there a lot of stuff going on behind the scenes here with lawsuits and accusations?