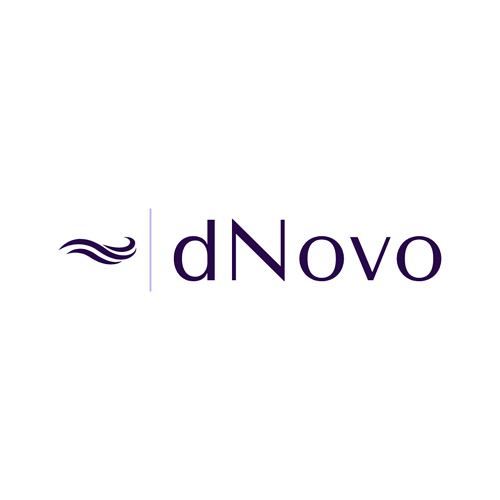 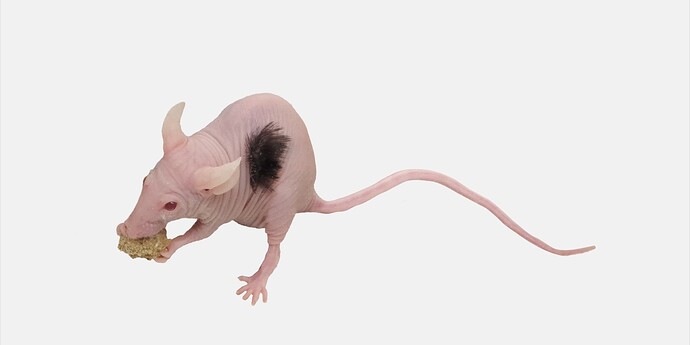 Going bald? Lab-grown hair cells could be on the way

dNovo sounds like they are the real deal. I like the idea of injecting the “seed”. This thing could be cured if they all would work together. I emailed them to see when trials begin. I would like to enter

hi Speck. Yes, the company does seem to be legit and was founded by well-qualified people. But where does it say they inject the follicle seeds? On the website it says the cells are grafted or transplanted -

It was link on another site but I can’t recall. The company states “we developed and optimized transplantation procedure to efficiently graft our reprogrammed cells.” That does sound like a hair follicle. More like cells.

dNovo Emerges From Stealth With Its Potential Cure for Hair Loss | Business Wire
This is something to get excited about!

The technology is different from Stemson, and potentially easier to do. Donor cells from almost anywhere in the body can be used. Although I think Stemson claims that too, in dNovo’s case they aren’t first being converted to induced pluripotent stem cells (iPSCs) before they’re turned into hair follicle stem cells.

Without that intermediate step the process becomes easier, cheaper, quicker, less complicated – and possibly could lead to quicker human trials.

In the last statement I meant to say to me it doesn’t sound like a hair follicle they are injecting but reprogram cells. However, I’m probably wrong. Recently is was discovered that certain stems cells leave the follicle. If those cells can be reprogramed and re-implanted, the follicle should start producing hair again. Anyway, is appears they have working diligently to address every scenario. Exciting times! If it works, it will not take long to get it approved. Hair loss affects too many people with money. I still have hair but it is getting thinner and thinner. Just tell me how much! The problem with these other so called cures, they have a theory but not a solution.

@Speck if they’re injecting a suspension of cells, I wonder how do they control direction? Even Stemson had to pay a lot of attention to controlling the direction of growth of their follicles, and they are implanting small follicles which are already formed.

Looks promising and the scientists behind it seem legit. Hopefully this really pans out. But it’ll probably take 5-10 yrs for this to hit the market unless they can fast track it.

I also like that they realize cells are just ‘states’ and not fixed. They also mentioned potentially reversing aging (cells) if I read that right. There are other companies working on that too, It’d be great if they could take us back to our 20s or 30s.

This image appears to show reprogram stems inject into an old follicle. What do you think?

I don’t think that picture means they’re putting their stem cells into old follicles. That group of cells appears to be the HF stem cell “bulge”. They’re just showing how the cells create new follicles. The medical term “de novo” which they adapted for their name means “new” and they stated elsewhere that they’re generating brand new follicles. Look at the new hairs on that bald mouse.

How many years away this time?

Roger,
Here is the article about “seeding”. 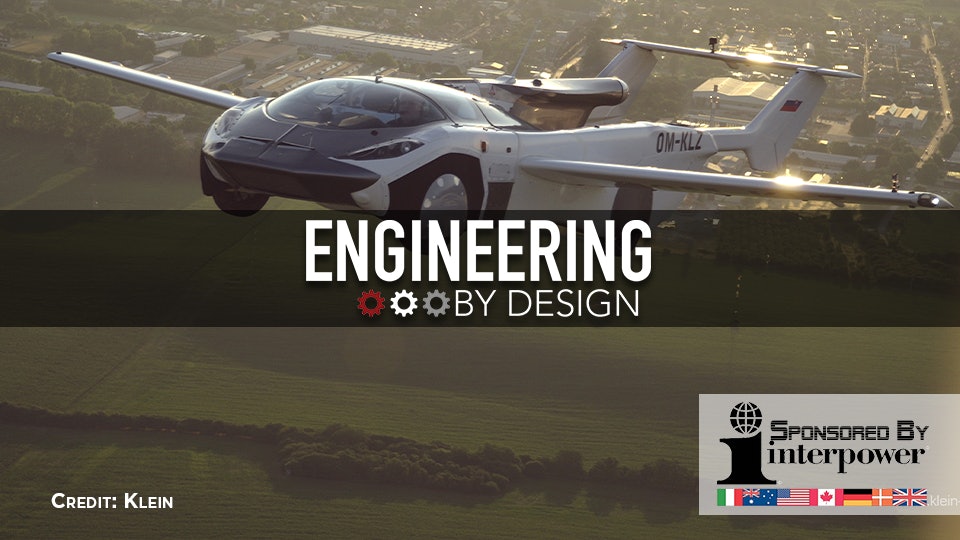 It transforms from plane to car in less than three minutes. Also, patchy mice test a baldness cure, and an autonomous robot performs complicated surgery.

@Speck Yes, thanks I saw that one too. But “seeding” can mean a lot of different things. It’s not necessarily injections, I think.

On there website, they have it labeled as “seeding”. If so, this will make it much easier to administer and should bring the cost down. Hope to see proof of concept soon. 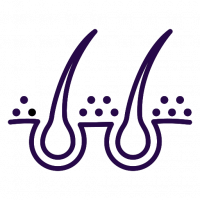 Hair producing cells are seeded onto the scalp.

“Seeded onto the scalp” sounds vague. Maybe they’re trying not to give away their secrets. They were operating in stealth mode since 2018, so maintaining a bit of secrecy about their technique seems to be important to them.

If they’re injecting cells into the epidermis and dermis, I don’t see how they can ensure the direction the follicles emerge out of the skin. Every other company including Stemson has said that controlling growth direction is a big issue, and Stemson had to invent a fix.

If they’re injecting cells into the epidermis and dermis, I don’t see how they can ensure the direction the follicles emerge out of the skin. Every other company including Stemson has said that controlling growth direction is a big issue, and Stemson had to invent a fix.

Is hair direction really that big an issue? I am willing to settle for direction that is slightly off as long as I can have more hair.

Why would they need to find a way to control direction if they’re injecting cells?

And the follicles that already exist in all of our skin are already pointed in the right direction.

Also - the company’s name, dNovo. We know that “de novo” means NEW follicles. Not rejuvenated or revived OLD follicles. The companies that were injecting cells were hoping enough injected cells would migrate into miniaturized follicles to revive them and turn them into big terminal follicles. But dNovo’s name, and some of the other things they’ve said, tell me that they’re creating brand new follicles, not reviving old miniaturized ones. I might be wrong but at least that’s where all the clues point.

Regarding Dr. Jahoda, I thought what you just said, but I was corrected a while back by someone who knew much more about Jahoda’s work. In the experiment with his wife’s arm, he didn’t inject the cells, he actually implanted the DP cells them under the skin. Further more they were not cultured DP cells but DP cells taken right out of his scalp. Not cultured in a petri dish at all so they didn’t lose any of their original inductivity.

Finally to answer @zbox360’s point, I totally agree with you! I don’t care that much at all if direction isn’t perfect. All I want is new follicles growing from my scalp in the balding areas. It doesn’t matter to me one bit if they grow forward, back, or according to any kind of preconceived “aesthetic” direction, whorl pattern or whatever. If I get these new follicles, who knows, I may care so little about direction I’d just get a buzz cut or something really short. The direction wouldn’t show much, even if the direction is a bit f*cked up I wouldn’t care. I just want growing hair of sufficient density covering those areas.

But you know who probably does care about direction? The FDA and maybe certain countries regulatory agencies.

Just think of it this way. Let’s say some brilliant research doctor said: “I have discovered a technique to grow NEW ARMS on people! So if a person lost his harm, if it was amputated or bitten off by a shark, or whatever I can grow them a BRAND NEW ARM!”

Then they asked him further about his discovery and he admitted, “There is one slight catch. The arm grows back on your stump, but unfortunately it grows backward. Not with your hand in the stump, no that part is fine. It grows outward from your shoulder, with the hand at the end, but unfortunately your thumb is going to be on the outside of your hand when the back of your hand is facing forward. Your fingers will be in reverse order and your elbow will bend in the opposite direction from a normal person.”

Now, an armless person who’s dying to have his arm back might say: “I don’t f*ckin care. Just give me my goddam arm back!”

But the FDA would probably say to the doc, “We want you to go back to the drawing board and reverse that arm so it grows with the proper orientation. Then we’ll approve your procedure. But unless you do that, we’re gonna have a really really hard time approving your procedure.”

For hair it might sound much more trivial. Who cares what direction the hairs grow, right? Nope, I think the FDA would care a bit. Their standard would be, “we want the researchers submitting the application to at least address the direction issue, and have some kind of response to it, some kind of technique to assure proper orientation of the hairs, like on a normal head of hair.”

Their real standard would probably be that it doesn’t have to work perfectly, just well enough to show they tried and to show that they can generally get it about right, with many or most of the hairs. The researchers would have to show on the record that they seriously addressed the issue. The FDA would have a hard time approving a procedure that did not, at least on the record, have a credible way of addressing this issue.

If not the procedure would probably not get approved.

And I think the FDA and possibly other regulators around the world like Japan are telling the researchers this, making it clear before they try to submit an application that would be considered “incomplete”. And that’s one of the things that’s probably making this whole thing take so long.

That’s how I see it…

Also saw this article on NewAtlas, sounds promising but don’t they all, in the beginning? Then 5-10 years later we hear very little about it.

As they say ‘hope springs eternal’ so whoever finds the cure, I’ll be happy, but I suspect I’ll be an old man by the time it becomes mainstream and affordable.