Our patient began with hair transplant surgery back in 1995. At that time he received plugs and mini grafts. Fortunately he got a relatively thin strip scar. To date, he has had two small procedures with Dr. Cole, one on November 2005 and the other on April 2007. In 2005 he received 779 grafts and in 2007 he received 500 grafts for a total of 1279 so far. Today, October 2013, he is having his final procedure. He is receiving 400 scalp grafts and 100 beard grafts.
Today, I used Hair Cycle Texture gel in an attempt to make the strip scar as visible as possible for the photo (see upper right photo) before his final surgery. The two previous surgeries have done a great job so far at filling in the strip scar to the point where a short haircut is possible without revealing the scar.
The lower right photo reveals some minor plugginess that will be addressed during today’s surgery. 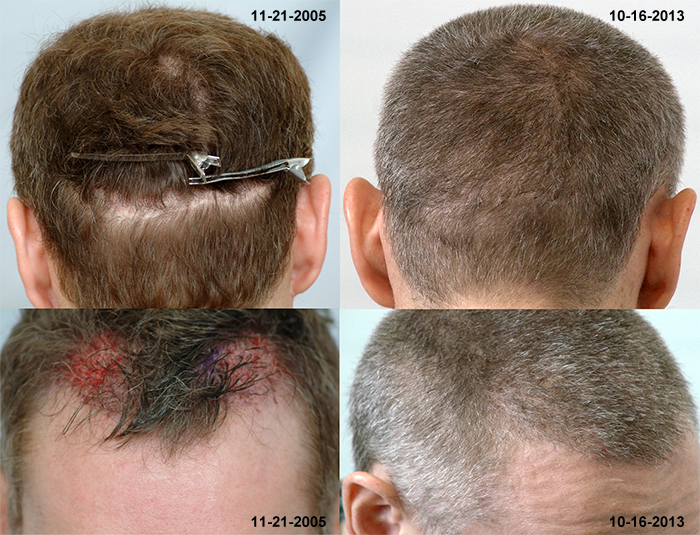 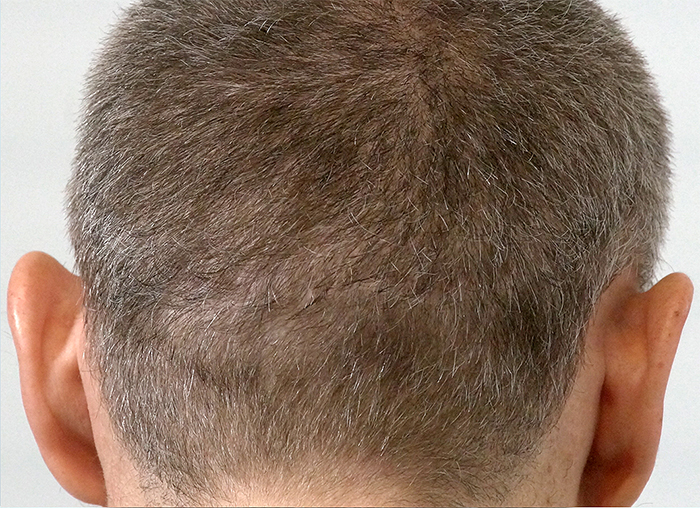 Hair restoration surgery is must for those who are worried about their daily and excessive hair fall problems. Just take a step for minor hair repair and you will feel the difference.