The road to hair transplant

After knowing ,thinking ,deciding and motivating myself I was finally going to have my hair transplantation procedures . I took me years to decide for should I go for the procedure or not. The reason would be that I never looked odd in my baldy and a French cut looks and not often people pointed it out that I lacked the COMPLETE MAN looks, though it was never always because u cant expect that of every one , not at least in India.
More than the efforts it took me to convince myself to go for a procedure I took a lot to decide to whom should I go for a procedure. I was always scared to death to see the unsuccessful procedures where a person can never reverse his bald look. So it made me clear that I should go to the best one in my reach. I made it clear to myself that I should restrict myself to india for the procedure
After a lot of studies in websites and forums I finalized that I should go for the FUE procedure and not the strip one. For me to decide this was the reason that I never wanted to sacrifice my bald look, though it was made clear to me by doctors sites that FUE is also not a scar less procedure , but still my gut told me to stick with it only. Now the big question was to select a doctor in India. Since in India a lot of doctors performed FUT (some of these doctors are really masters of their art, just giving an opinion by looking their results), thus my search for FUE doctors in India narrowed.
Finally decided to select the one from Dr arvind poswal in Delhi and Dr bhatti in Chandigarh .
I did came to Dr A’s clinic in late October to understand what they have to say or more or less I was supposed to go though the counseling. Didn’t found much of a new thing because I was following about hair transplantation since quite a time other than that the procedures performed by them is one of the costliest. Though planned to travel to Chandigarh also but somehow missed my trip and came back to my home town.
I think I just wanted to end my quest for a doctor so I decided after consulting with friends and family (though they never knew much of it and was ultimately backing me only morally), that I will undergo my procedure at Dr A’s clinic in Delhi. Thus called them and took the appointment to undergo 2500 FUSE grafts (don’t found much of a difference with FUE). Though according to my counseling I was told I am advanced Norwood 5 so they estimated I required at least 5000 grafts. But putting a whole lot of amount in a single procedure was difficult thus I decided to get 2500 grafts to check how does my donor area looks upon because this is the area where I am more concerned

17th Dec 2013 :just dont want to mention all the details and experience out here which ill be describing in my blog. To cut the story short it took the team one and half day to complete 2699 graft .
Ill put up the pics which i regularly took.
Right after procedure the pics taken 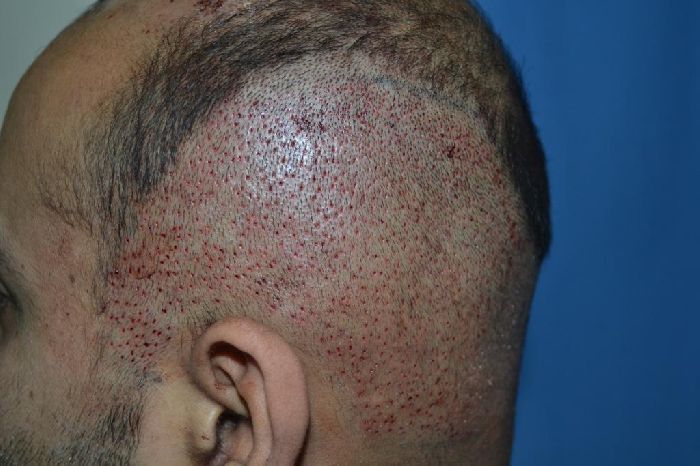 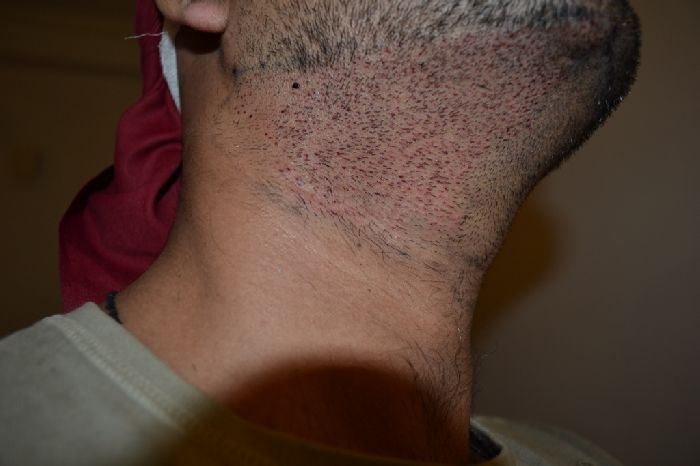 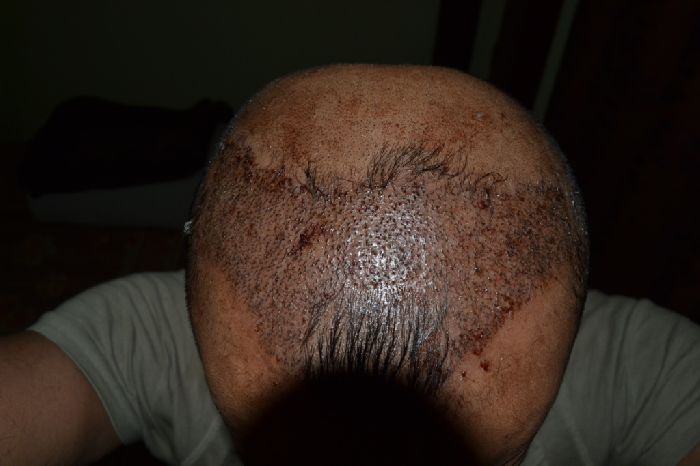 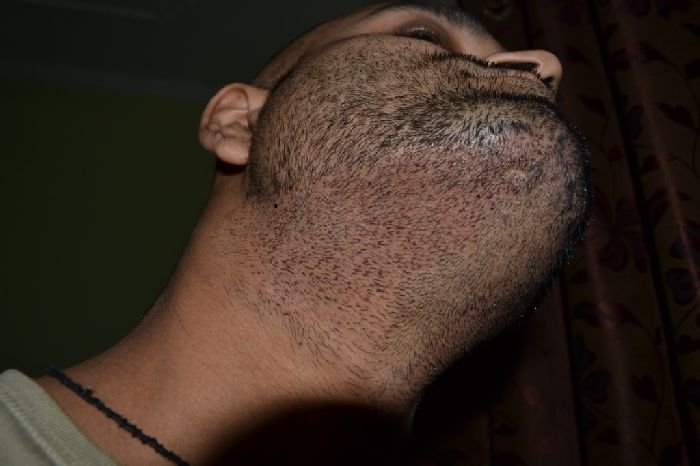 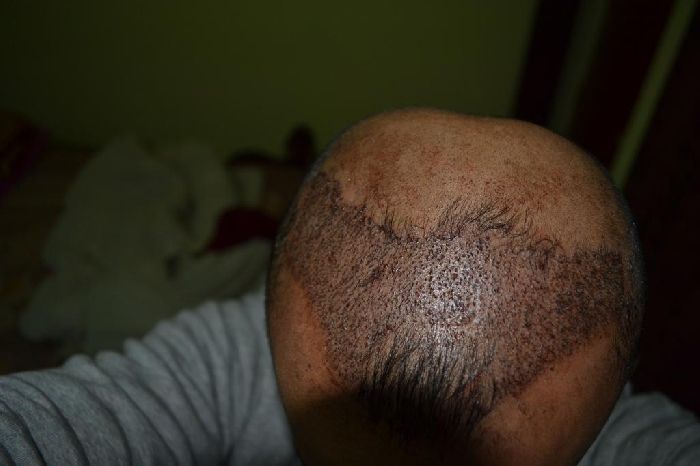 so now fingers crossed … Still into a lot of anxiety for the results. lets see wat happens 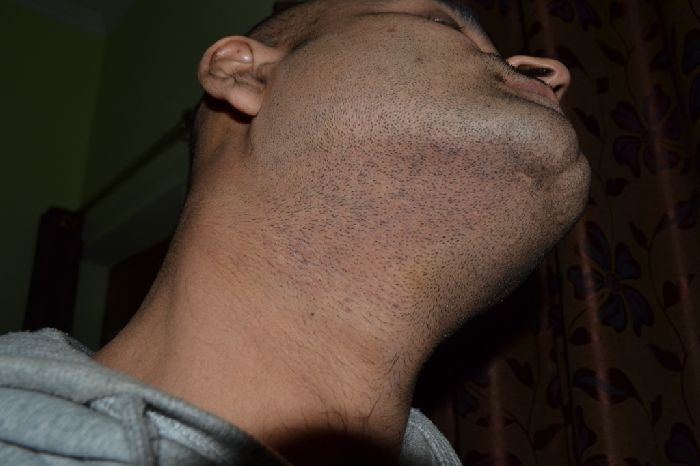 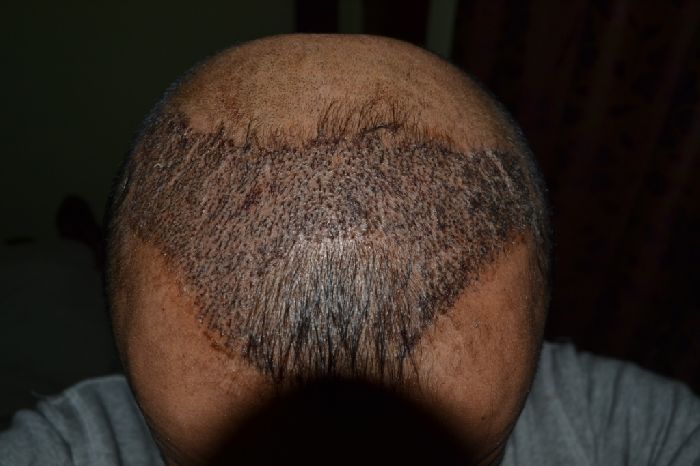 27th dec
yesterday went to the clinic to get the crust cleaned ,could make out the transplanted hairs growing. till now things r going as they should be 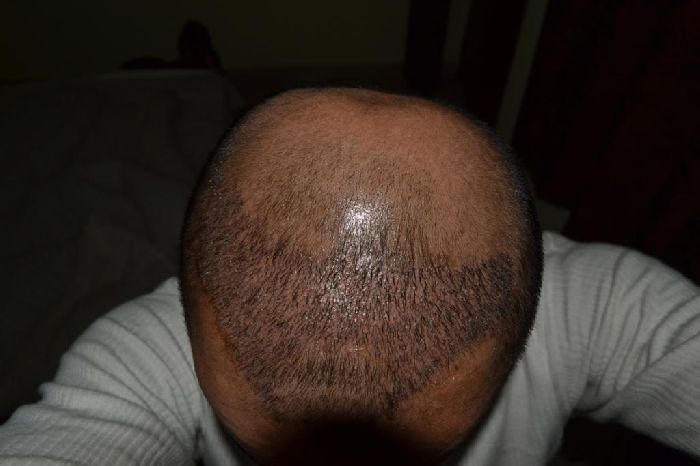 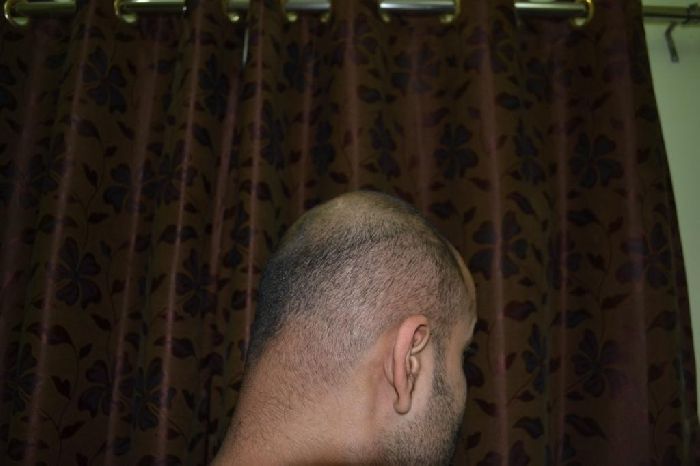 now the hairs have started falling again. though being told that its normal but still a bit worried . i could see a lot of hairs coming in my hands while washing it. still 100% scabs are not clear and came off . the beard donor is now perfectly all right without any marks. Not very sure about the area coverage for 2700 grafts,whether this much will cover the whole area with proper density, but have faith in doc. Advice are welcomed. Will post today’s pic 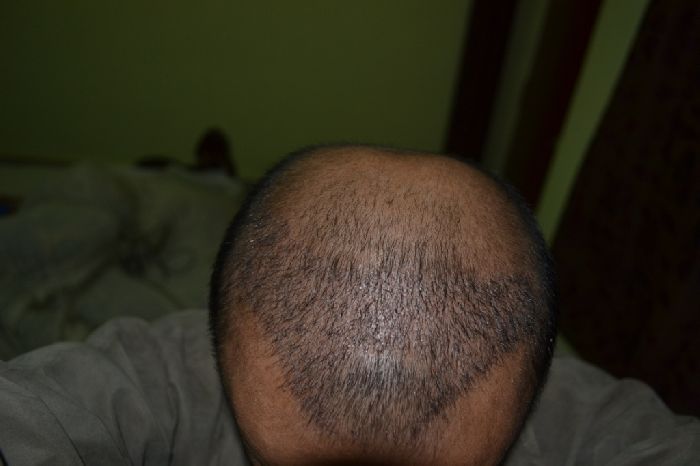 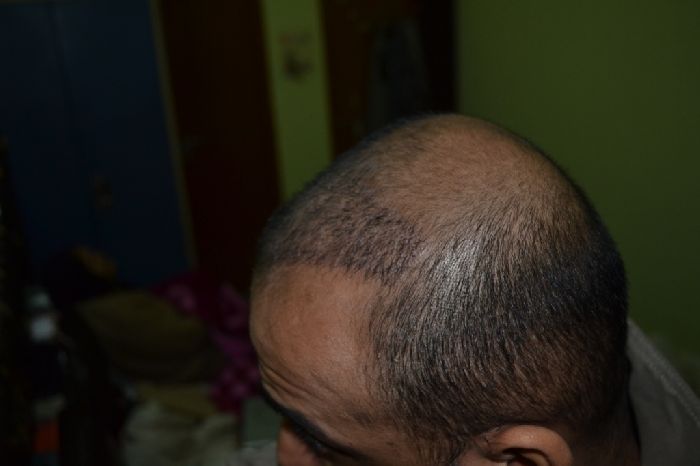 How many beard grafts did you have?

my overall break up is as per the pic

Really? Is it just me? I am not sure about the design, can you post pictures before you have anything done?

Due to some hectic schedule of mine before my procedure i didn’t got the time to get my pic , though always thought ill take some at last moments . Now i had mailed the clinic to send me the bef pics that they had taken , n then post them here… also please elaborate what u asking abt

Ashu, are you currently using any products such as propecia or minoxidil for your hair? Did Dr. A advise you to go on Propecia or finasteride afer the hair transplant?

No right now I m not using any of the either. since i had been using minoxidil before i consulted doctor for its usage . Although initially he never prescribed any of the meds but when i asked him he told if u wanted to use minoxidil u may use it after 4 weeks of the procedure … So ill be starting using minoxidil 5% itself