Started with Hair loss - 15 years ago.

I have now started my Journey of Hair Multiplication with Nigam

In the first visit , he extracted @ 73 hairs from Beard - For 2d and 3d Spheriods/DP Culture .
Also 102 grafts were extracted (Denova) from back of scalp and placed in the front reciepnt area. See Birth Mark just above the donar area.
PRP + First shot - Injected in the whole top Head.
Reciept area phots to follow , in my next post.

Main motto of study - TO see if Nigam multiplication works or are these big claims.

I plan to document 50 Graft Invitro Hair doubling too. 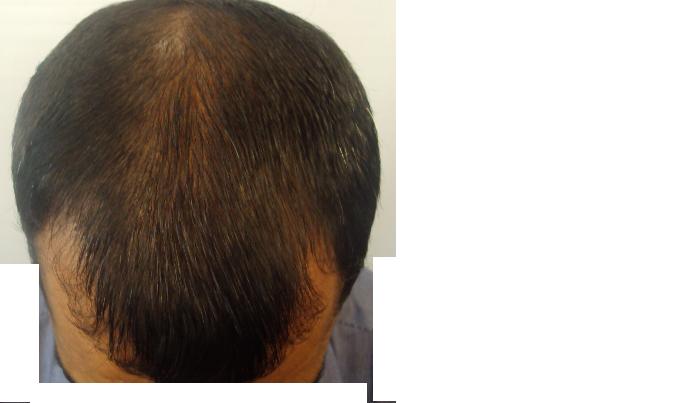 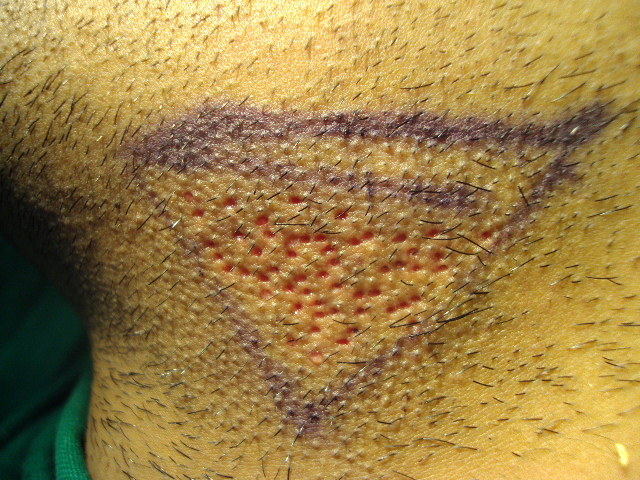 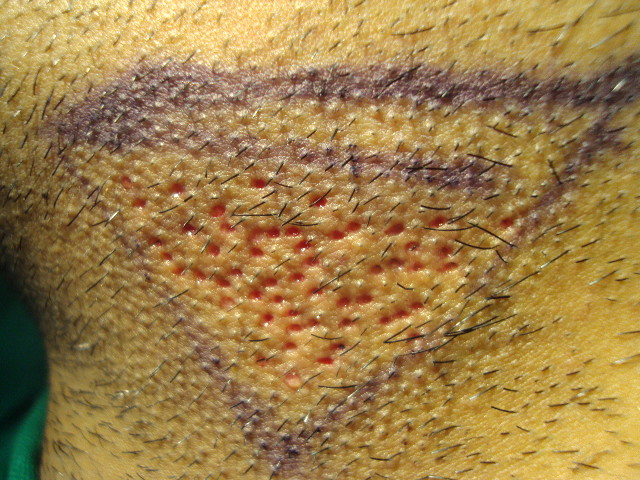 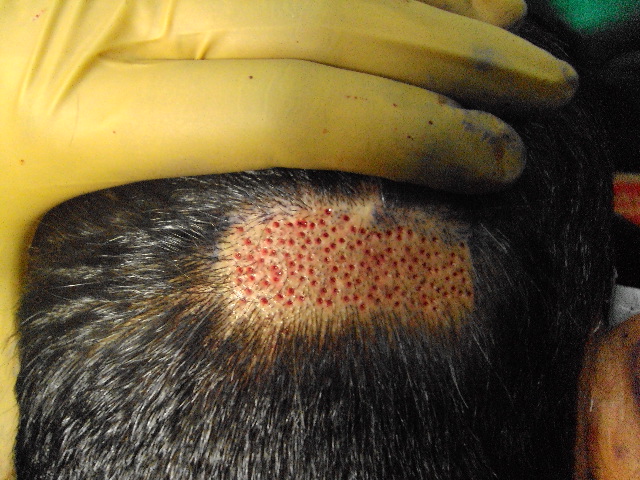 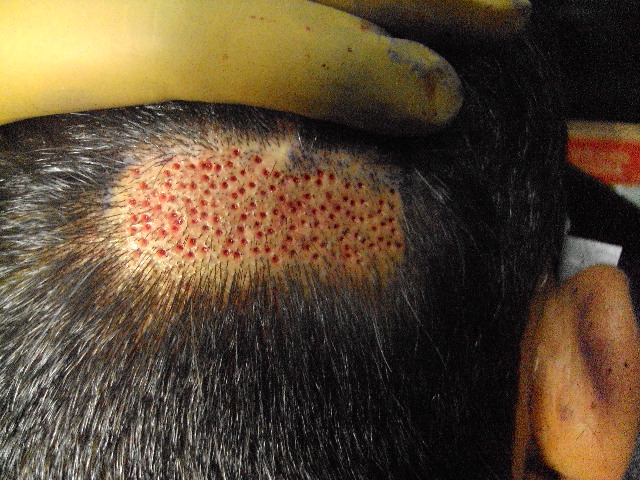 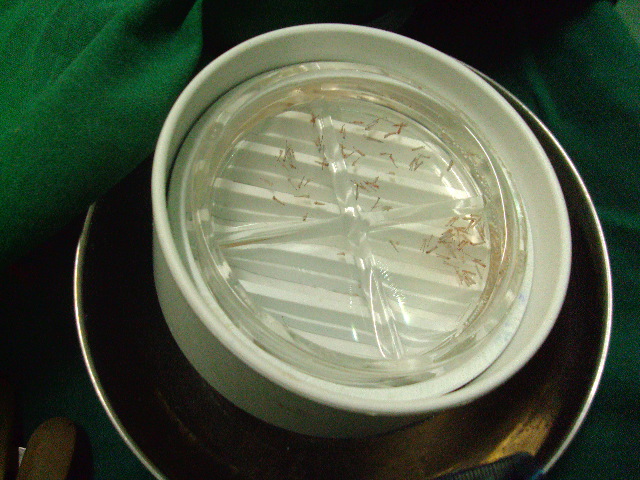 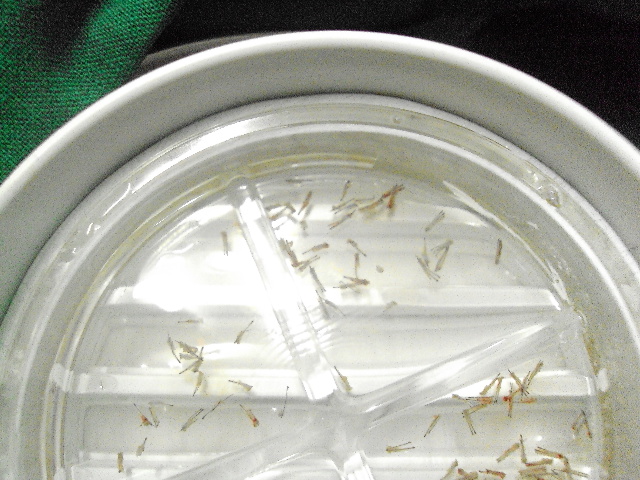 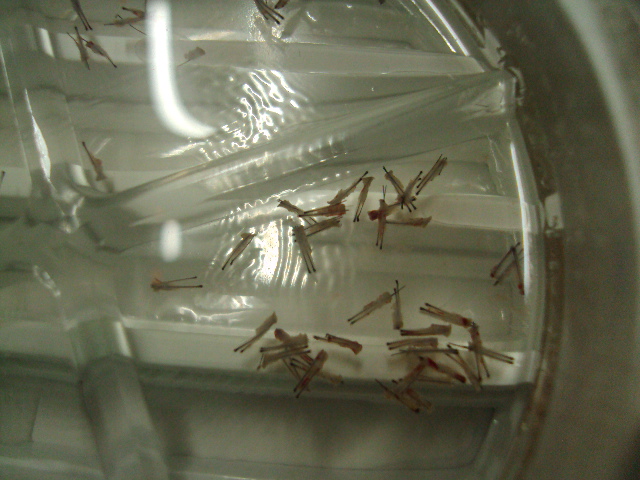 Where is the photos of recipient??

It 'been done a tattoo on the donor?

I think you should try to use techniques to restore your donor area so that some of those follicles might perhaps grow back on their own.

I don’t like the idea of all those follicles sitting around in petri dishes.

Its almost as if they are dying in there.

I believe Dr. Gho’s theory was that hair follicles have a lower survival rate the longer they are out of the body and especially if they are in saline solution.

Hello Chaps
On Friday, I will be trying myself with 3d Speriods . (To maintain their triocoginty , will be travelling to DR. Nigams lab.)
These 3d Speriods are based on my beard hair.
Dr will be inducing them in my temeples.
My temples has a lot of vellus hairs , because of minoxidil. 2 times application a week , brought me a lot of vellus hairs.
Waiting to see if these vellus hairs can be turned terminal , one day. I am sure I will see them becoming terminal one day.
One more protocol dicussed with Nigam today. (maintaining better triocoginty for DP Cells)Will disclosed the same in more detail next week.

It may as come to no one’s surprise that I’m convinced that the DP culture will fail. Jahoda only retained 22% gene expression and that was not enough to create cosmetic usable hairs. If somebody knows to increase to the point that cosmetic usable hairs are made, then you have UNLIMITED hair !! So, either you have unlimited hair or you have nothing, those are pretty much the only 2 options (in between of course being cosmetically incorrect & unusable hair, possibly with cells going cancerous). So if you get this treatment from Nigam, ask him to make you a dense NW1. Either he can or he can not. It’s that simple.

And about the beard cells, why would he do that anyway ? As I understood from Tsuji’s paper, the intrinsic hair properties are regulated by the specific DP cells. Take vibrissa DP cells and vibrissa hair wil grow. Take Pelage DP cells and pelage hair will grow (each with their according thickness). http://www.tsuji-lab.com/en/pdf/Toyoshima_et_al.ncomms1784.pdf

So, if we apply that to humans, if we take beard DP cells, beard hair will grow. Why would you want that ?

BTW, juding by your photo’s you have a LOT of hair already, why would you even go to Nigam ? A regular FUE could easily bring you back to a NW1 it seems and if you select a good doctor, results will be pretty much guaranteed. And then in the futurue when a real cure comes available, go for that.

And why did you take those 102 grafts denovo from the back of your scalp ? This is not going to be enough to fill up your temples, you need a bit more. And if you only did it to see if the procedure works, you must have very good donor pre-op and post-op photo’s, but if so, then why didnt you post them here ?

It’s a term Nigam uses for injecting some growthfactors and other stuff back into the donor ,which supposedly should stimulate regrowth there. Of course there’s no proof whatsoever of it.

But with just 100 hairs, how can we tell visually what has happened between before & after… especially if the treatment area is spread out across the vast balding region.

Freddie555, I have a quick question.

In an early thread you said something that made it sound like perhaps the laws in India are changing in terms of stem cell research?

I’m quite curious about that. I looked online and couldn’t find any mention of stem cell legislation in India. Do we have any more information?

Licht, I heard some news about this, too. However you may not like the source. Anyway, in general do you think that if such proposed legislation is too restrictive, it might hamper stem cell clinical research in India? Particularly research dealing with hairloss?

[quote][postedby]Originally Posted by roger_that[/postedby]
Licht, I heard some news about this, too. However you may not like the source. Anyway, in general do you think that if such proposed legislation is too restrictive, it might hamper stem cell clinical research in India? Particularly research dealing with hairloss?[/quote]

What was the source? If it’s happening, there must be information on the internet about it. I tried to find details but I couldn’t find anything about it at all.

I’d have to see the details of what the legislation entails before guessing what the implications might be. Could you post any links about it?

Hello LIndo,
Thanks for the constructive post. The beard DP cells are positive to DHT.
that was the reason to try Beard based DP cells.
Even than if the 3d shots are able to produce any hair , time will tell.
I totally agree the characteristics will match the beard hair.

surely will kep everybody informed.
the reason to take some 3d shots in temples , is to see exactly if shots result in hairs or not.

Wbat do you mean when you say the beard DP cells are positive to DHT?

[quote][postedby]Originally Posted by hairlife[/postedby]
Hello LIndo,
Thanks for the constructive post. The beard DP cells are positive to DHT.
that was the reason to try Beard based DP cells.
Even than if the 3d shots are able to produce any hair , time will tell.
I totally agree the characteristics will match the beard hair.[/quote]

[quote]Wbat do you mean when you say the beard DP cells are positive to DHT?

[postedby]Originally Posted by hairlife[/postedby]
Hello LIndo,
Thanks for the constructive post. The beard DP cells are positive to DHT.
that was the reason to try Beard based DP cells.
Even than if the 3d shots are able to produce any hair , time will tell.
I totally agree the characteristics will match the beard hair.

if i recall correctly the theory of nigam and boldy is that DHT promotes the beardhair, so it could be said that beardcells are stronger or that they even like dht for good growth, so it’s even safer to work with beard hairs than with normal donor hair from the back of the head. when i first read that in the other forum, i thought it’s maybe a good idea, maybe genius. but i’m not sure anymore what to think about it today. i don’t like the idea of extracting beard hairs and even think that it could have a negative effect regarding donor regeneration. i will try to explain that in another post, and also wanted to talk to dr. nigam about that. because anyway, the theory about dht and beard hair doesn’t matter at all as we know that donor hair is dht-proof already, otherwise it would be a k.o. for hair transplants in general. so i don’t know what is all about this beard hair extraction hype. i assume, when boldy worked with nigam a few months ago, they had that idea about the beard hair and thought they should go this way.